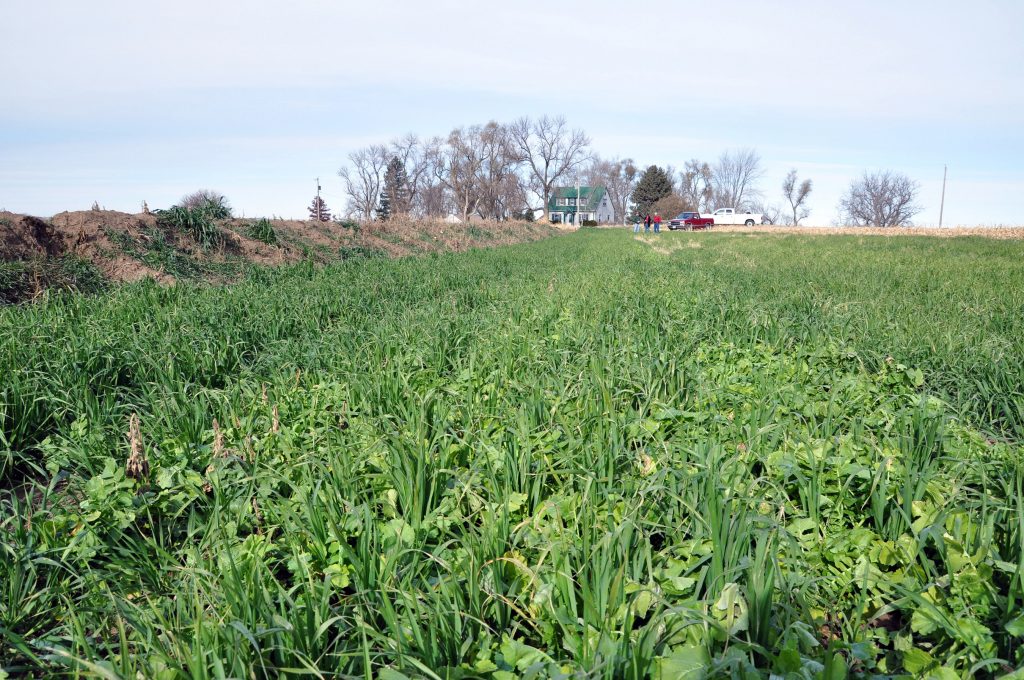 Any landowner, no matter the size of their property, no matter if the property is in the city or the country, can help improve soil health. Soil health management starts with these four basic steps: 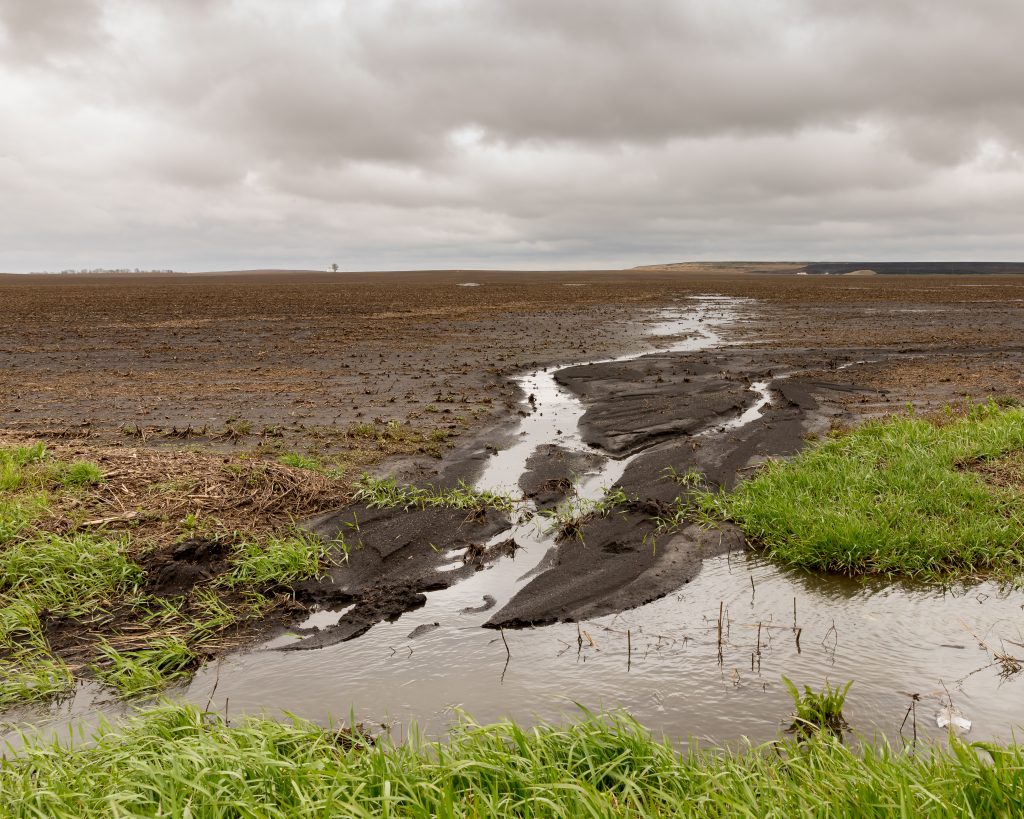 Tilling is the act of preparing the land for growing plants, but it can cause chaos for the soil. Tilling opens up soil and exposes more of the organic material in the soil to the open air. By exposing organic matter to air, bacteria are able to quickly decompose it, resulting in soil that is less fertile and holds less moisture. Similarly, more organic material can be lost to erosion when soil is left bare and unprotected or loosened by tilling activities. One of the most important parts of soil, organic matter, is then easily washed away in a storm event. This soil often ends up in our streams and lakes and leading to negative effects to our water quality.

Another impact of tilling is the destruction of root and worm channels. These important channels help water move through the soil and replenish groundwater. Tilling also causes soil compaction resulting in a reduction of nutrient availability for plants and the soil’s ability to hold moisture. Compacted soils and limited root and worm channels mean that your plants will suffer during dry periods because of a lack of moisture in the soil.

Tilling involves using machinery or tools to break up soil in preparation for planting. In large-scale agricultural operations, this can include using machinery such as plows and discs. In small-scale home or community gardens, rototillers are often used. Human powered methods of tilling include using tools such as shovels, hoes, rakes, pitch forks, and/or picks to overturn the soil. There are several different types of tilling, some of which disrupt the soil more than others. In all cases, it is best to till as little as possible and leave as much residue (plant material) on the soil’s surface as you can.

Have you heard about different types of agricultural tillage but don’t understand the differences? This document from the Conservation Technology Information Center (CTIC) provides definitions about the different tillage types. If you’re an urban gardener, just remember that soil organisms can do most of the tilling for you. They loosen soil, convert and recycle nutrients, build organic material, and create channels that promote moisture retention and prevent erosion. You can foster soil organisms by eliminating the tilling process and using a cover crop and/or mulch where needed to keep the soil covered. 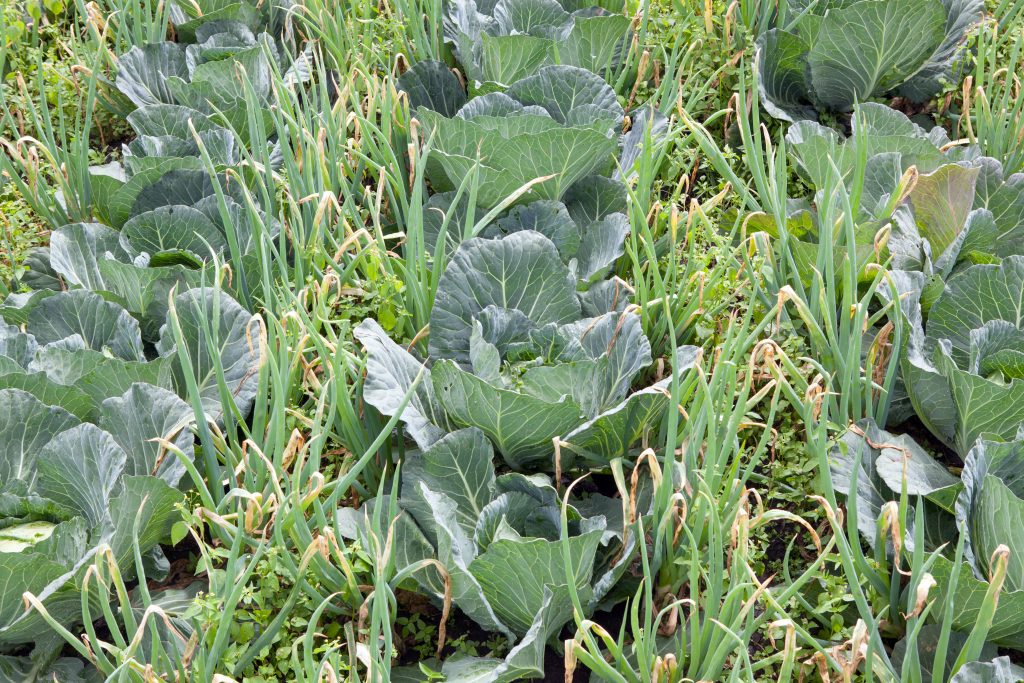 Cover what? – you might be asking… the soil! More and more agricultural producers are turning to cover crops for their fields during the fall/winter seasons. The reason why is not surprising – current users are reporting increased yields. Cover crops not only increase yield, but they also increase soil organic matter, improve water infiltration, decrease runoff and soil erosion, suppress weeds and pests, and much more! These incredible results can occur in small-scale urban farming or gardening operations as well.

Don’t just take our word for it. Farmers are starting to realize and benefit from what soil scientists have claimed about cover crops for years – and it’s not just about the yield increase. Results from a 2015 cover crop survey of both cover crop users and non-users, conducted by the North Central Region Sustainable Agriculture Research and Education (SARE) program and Conservation Technology Information Center (CTIC), found that farmers who use cover crops reported an increase in overall soil health and as a result, fewer inputs like fertilizer and water were needed. This helps protect our water supplies too!

HOW COVER CROPS WORK
So how exactly do cover crops make all of this possible and improve soil health? Like its name states, a cover crop covers the soil and by doing so decreases soil erosion and conserves moisture in the soil. Planting a cover crop also keeps a living root growing in the soil during more of the calendar year (not just during crop growing season). This living root creates new and deeper root channels —some more than three feet deep. These channels become vessels for rainwater, allowing soil to not only hold more moisture, but hold it for longer periods of time. It also means less water running off the field or garden that would otherwise likely collect pollutants along its path and harm our waterways.

Certain cover crops can serve as a natural fertilizer for the soil. Legumes, for example, convert atmospheric nitrogen to nitrogen that plants can use and they prevent nitrogen loss during the winter or after harvest. Earthworms and other soil-living microbes and insects use cover crops as a source of food. The increased activity from these organisms brings with it an increase in nutrient cycling, where decomposed organic material is converted into usable forms of nutrients that plants can use again. The added nutrients from cover crops means that less fertilizer needs to be applied, saving you money and preventing the excess fertilizer from running off and polluting our lakes and streams.

And if all that isn’t enough, the increase in microbe activity also results in natural pest and disease resistance. Cover crops suppress weed growth that normally occurs in early spring before planting. Cover crops also reduce the need for pesticide applications, because healthier plants raised in quality soil have a better immune system with which to fight off the pests.

TYPES OF COVER CROPS
There are many different plant species that can be used as cover crops. Some common cover crop species include cereal rye, wheat, oats, clover and other legumes, turnips, milkweed, and daikon oilseed radishes (here are some example images). Each crop offers different benefits, so depending on what your goal for the cover crop is – source of nitrogen, soil builder, erosion preventer, weed fighter, pollinator attractor – it’s important to choose a species or a mixture of species to meet your goal(s).

Check out this great handout put together by the Indiana Conservation Partnership on Cover Crop Basics for Gardens. If you are still confused or have questions about what is the right cover crop for your garden, contact your local Soil and Water Conservation District for technical assistance.

CAN I JUST USE MULCH INSTEAD OF COVER CROPS?
Maybe you aren’t up for managing a cover crop, or perhaps you need to let a garden area or plot lay fallow, or possibly you just don’t feel like putting in a garden this season. Whatever the reason, an alternative to using cover crops is using a natural mulch. Natural mulches include materials such as straw, leaves, pine needles (for acid loving plants like blueberries), or even stalks (grass) cut from a cover crop. These materials work similarly to a cover crop to keep your soil safe from erosion and moisture loss, as well as suppress weed growth. Some gardeners use mulch in addition to cover crops (after the cover crop is killed) to suppress weeds. As a side note, be cautious when using high carbon mulches such as wood chips, which can tie up available nitrogen in the soil.

A healthy soil needs a living root system growing in it for as much of the calendar year as possible in order to help ‘feed’ the soil and keep it in place. A continuous living root in the soil also means that nutrients are always being used by plants, instead of being released by the soil and eventually making their way to our waters where they can cause algae growth and other negative impacts. Even after the cover crop (or primary crop) is harvested above ground, the billions of living organisms below ground continue working. A living root helps increase and stabilize soil microbe populations (e.g. bugs, worms, bacteria, etc.). Soils with root systems growing year-round are found to have 1,000 to 2,000 times more soil microbes than those soils that do not have continuous growing root systems. As an added bonus, living, growing roots also reduce soil compaction by loosening tight soils as they grow. Less compaction allows more water to soak in – helping your plants grow and protecting our water. The easiest way to keep a living root growing in the soil throughout the year is by planting a cover crop. 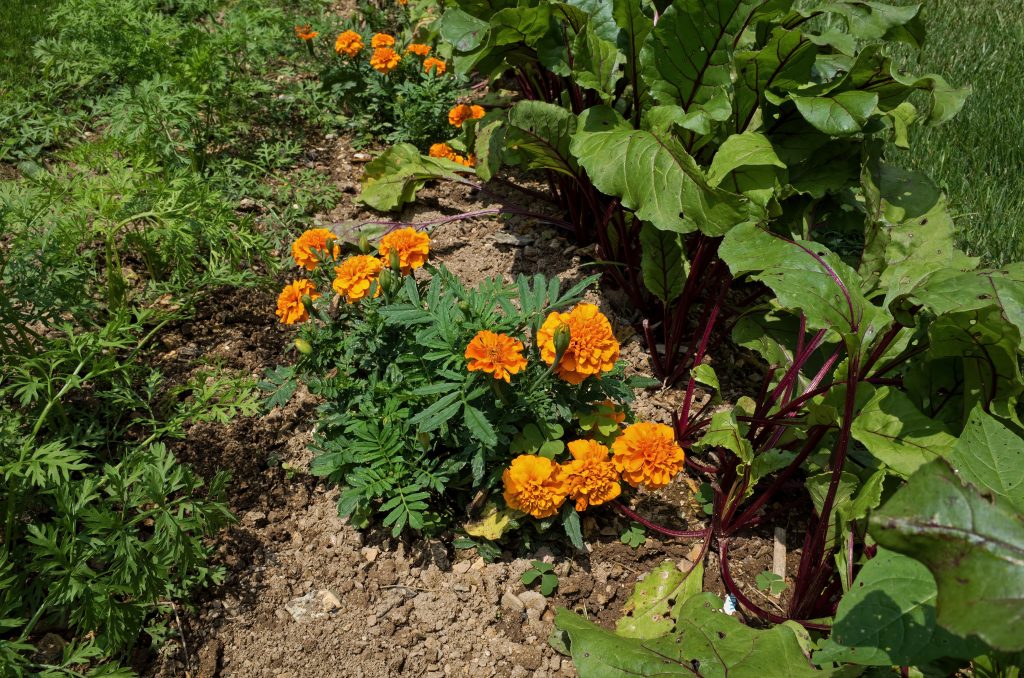 Plant diversity and rotation are key to keeping harmful diseases and pests from destroying your crops. This is because most pests are designed to flourish on a limited number of crops, so by diversifying and rotating the plants you grow, you can minimize the problems that these nuisance pests cause. As a result, you use less chemical pesticides and beneficial organisms are able to prosper.

Plant diversity and rotation go hand-in-hand. Diversity is as simple as growing more than one type of plant. Rotation is moving your crops around to different parts of your garden or fields from year to year. For many farmers, crop rotation and diversity on a field might be similar to this cycle: corn -> cover crop -> soybean -> cover crop -> corn. For gardens, this can be a bit more complex depending on how many types of vegetables you are growing and to which plant family those vegetables belong. Knowing what family the plants you’re growing belong to is important! Plants in the same family are often more vulnerable to similar pests and diseases. The University of Minnesota Extension has put together a simple guide to plant families and example of a simple crop rotation.

The example provided by the University of Minnesota Extension displays a 4-year rotation. The idea behind the rotation is to divide your garden plot into four different sections, and in each section plant a different family or group. For the first year, you would plant cabbages in section 1, nightshades in section 2, vines in section 3, and legumes in section 4. For year two, in section 1 you would plant nightshades, section 2 vines, section 3 legumes, and section 4 cabbages. This rotation pattern continues for years three and four, and then in year five the plant groups are back to the sections they started in in year one.

By taking the example rotation and incorporating cover crops into the rotation during the off-season, even more soil benefits can be achieved. There are many different types of cover crops and each provides a different soil health benefit. Deciding which cover crop to use on your garden is up to you – there really isn’t a right or wrong answer. It all depends on what your desired soil health benefit/outcome is.

Figuring out the crop rotation sequence that is best for you does take some planning and experimentation, but it’s worth it. It will improve your yields, reduce your inputs (fertilizers, herbicides, and pesticides), and protect our water supplies at the same time! Keep records of what you’ve tried and what does and doesn’t work best. Also, keep notes about what you plant the first year of your rotation so that it’s easier to plant and prepare for year two. And as always, if you have questions or would like some technical assistance, don’t hesitate to contact your local SWCD.

What Lives in the Soil?

Do you know what lives in the soil below? The Natural Resource Conservation Service has put together facts about the living organisms in our soil. Find out more about them and how they help make our soil healthier.

The best place to start on your search for cover crop seeds is with your local Soil and Water Conservation District. They can help you find reputable sources of seed for your region.

There are several organizations that offer technical assistance.